Neil Brenner is a critical urban theorist, sociologist and geographer who is interested in all aspects of research on cities and urbanization within the social sciences, the environmental humanities, the design disciplines and environmental studies.  His writing and teaching focus on the theoretical, conceptual and methodological dimensions of urban questions, and on the challenges of reinventing our approach to urbanization in relation to the crises, contradictions and struggles of our time.  Brenner has made influential contributions to scholarly debates on critical urban theory, the critique of capitalist urbanization, urban restructuring, state space, the political economy of rescaling, variegated neoliberalization and planetary urbanization.  His current work is focused on the question of how “hinterlands”—the non-city territories, infrastructures and ecologies that support urban life—are being remade under contemporary supply-chain capitalism.  This inquiry aims to connect the study of urbanization more directly to the analysis not only of primary commodity production (the historical geographies of agro-industrial and extractive capitalism) but also to the critical exploration of contemporary environmental crises and emergent struggles for postfossil—and postcapitalist—planetary futures.

Brenner’s most recent books are New Urban Spaces: Urban Theory and the Scale Question (Oxford, 2019) and Critique of Urbanization: Selected Essays (Bauwelt Fundamente, 2016), as well as the edited volume Implosions/Explosions: Towards a Study of Planetary Urbanization (Jovis, 2014).  Brenner’s previous books include New State Spaces: Urban Governance and the Rescaling of Statehood (Oxford University Press, 2004) and the co-edited volumes Cities for People, not for Profit: Critical Urban Theory and the Right to the City (with Peter Marcuse and Margit Mayer; Routledge 2011); and Spaces of Neoliberalism: Urban Restructuring in North America and Western Europe (with Nik Theodore; Blackwell, 2003).  Brenner’s writings have been widely translated into other languages, including complete books or essay collections published or forthcoming in Chinese, Japanese, Portuguese, Spanish and Turkish.

Prior to his return to the University of Chicago in 2020, Brenner served as Professor of Urban Theory at Harvard’s Graduate School of Design and as Professor of Sociology and Metropolitan Studies at New York University.  Brenner serves or has previously served on the editorial boards of several urban studies and economic geography journals, including International Journal of Urban and Regional Research, Urban Studies, Antipode, Cambridge Journal of Regions, Economy and Society and Environment and Planning A: Economy and Space.  During the previous two decades, Brenner has supervised or co-supervised Ph.D. research in Sociology, Geography, History, Political Science, American Studies, Law & Society, Urban Planning and Architecture, among other fields.

Link to articles and essays:  https://chicago.academia.edu/NeilBrenner

Neil Brenner, Peter Marcuse and Margit Mayer (eds.), Cities for People, not for Profit: Critical Urban Theory and the Right to the City.  New York and London: Routledge, 2011 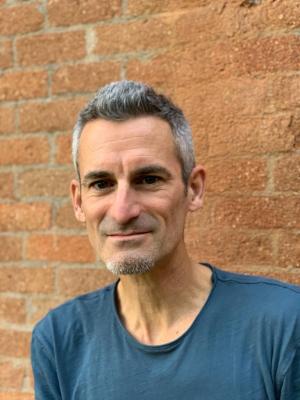