Professor; Faculty Affiliate in the Center for the Study of Race, Politics & Culture; The Committee on International Relations; Senior Fellow, Society of Fellows, the College

Much of Go’s work has focused on the US empire, resulting in articles and books such as The American Colonial State in the Philippines: Global Perspectives (co-edited with Anne Foster, Duke University Press, 2003), American Empire and the Politics of Meaning (Duke University Press, 2008) and Patterns of Empire: the British and American Empires, 1688 to Present (Cambridge University Press, 2011). His other work is on postcolonial thought and social theory, culminating in his book Postcolonial Thought and Social Theory, Oxford, 2016; and global historical sociology and transnational field theory: Fielding Transnationalism (co-edited with Monika Krause, Wiley & Sons, 2016) and Global Historical Sociology, co-edited with George Lawson (Cambridge, 2016).

His most recent book, Policing Empires: Militarization and Race in Britain and America, 1829-present (Oxford, forthcoming) explores imperialism’s impact upon police militarization in the US and Britain. He is also working on a project that recovers anticolonial thought as a critical form of social theory.

For a full list of his publications, see his Curriculum Vitae. 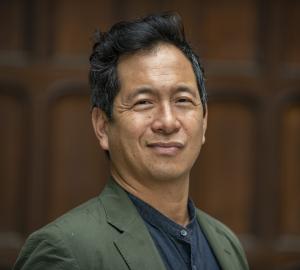