Who are the “illegals”? René Flores on cultural stereotypes that drive perceptions of illegal status

Heated rhetoric on “illegal” immigrants has dominated the media for the past few years, with politicians and pundits blaming them for everything from stealing jobs to rape and murder.

But what does it actually mean to be ‘illegal’?

Restrictionist politicians like Donald Trump often portray undocumented immigrants as dangerous criminals, which may be fostering a national sentiment of fear and hostility toward already disadvantaged populations, says René D. Flores, the Neubauer Family Assistant Professor in the department of sociology. “They are promoting the perception that if someone doesn’t have papers they must be very bad,” he says. Studies show the opposite is true. “The actual data show a consistent, negative correlation between immigration and crime,” he says. “All of that political rhetoric is data-free.”

Flores explores these issues and the shifting idea of what it means to be “illegal” in his latest research, Who Are the “Illegals”? The Social Construction of Illegality in the United States, published in October by the American Sociological Review. The paper, which he co-authored with Ariela Schachter, assistant professor of sociology at Washington University in St. Louis, uncovers stereotypes among white Americans about who is most likely to be illegal.

In the study, Flores and Schachter applied a survey experiment to a nationally representative sample of more than 1500 non-Hispanic whites. These respondents were shown profiles of different “immigrants” with randomly assigned traits including national origin, age, gender, occupation, and criminal history, among others, then they asked the subjects if they thought these immigrants were undocumented.

The study reveals that national origin, social class, and, especially, criminal background powerfully shape perceptions of illegality. On the basis of these traits, some people are being classified by others as “illegal” regardless of their actual documentation status, a condition Flores and Schachter refer to as “social illegality.”

The results show that Mexicans and other Latin Americans, but also Africans and Middle Easterners, were significantly more suspect than immigrants from Europe or Asia – despite the fact that there are more than two million undocumented European and Asian immigrants in the country. Flores notes that many Asian, European, and Canadian immigrants are “invisible illegals.” “They are able to live their lives without being constantly confronted about their immigration status,” Flores says.

Subjects’ opinions were also shaped by immigrants’ class background. When immigrants were described as low educated, and working in informal roles as gardeners or nannies, they were more likely to be considered undocumented, than those with formal, white-collar jobs, he says. Though the most telling outcome of the research was their reaction to criminal background. Keeping every other trait constant, subjects consistently believed that if someone committed crimes like rape or murder they must be illegal, he says. “The results were dramatic.” Flores says that in all of his years as an experimentalist he has rarely seen such dramatic effect sizes in his research. “It tells us that the American public is increasingly internalizing the idea that undocumented immigrants are in fact criminals even if this is not supported by empirical facts.”

These engrained biases have led to countless scenarios where individuals, even some who are U.S. born, have come under scrutiny from immigration authorities, Flores says. He points to a recent story of ICE agents flagging individuals with Latin-sounding last names from guest lists provided by Motel 6 workers, or the State Department refusing to recognize birth certificates of some U.S. citizens who were born along the U.S./Mexican border. “It’s a hot button issue that politicians use to inflame people.”

‘Social illegality’ may also negatively influence the decisions of hiring managers, landlords and other members of the public, potentially affecting access to jobs, housing, healthcare, and education for people who happen to “fit the profile” regardless of their actual citizenship status. “If a teacher thinks a student is undocumented, they may decide not to invest in that child.”

For a long time being undocumented was considered a mere labor infraction. But some politicians have figured out that they can use immigration to activate their bases.  “Immigrants make great punching bags,” Flores says. Nativist politicians use them to incite fear in voters because they know they face minimal backlash in the short term. “Undocumented folks can’t vote, so unlike prior immigrant waves they have limited power to fight back politically.”

Flores hopes this research will highlight how national rhetoric may be negatively affecting some of the most disadvantaged people in our society, and that future scholars will use it as a baseline to track future immigration biases. He is optimistic that it will contribute to creating a more equitable society for immigrants in the future. “The first step is becoming aware of the biases that shape perceived illegality and how they may affect immigration enforcement,” he says. 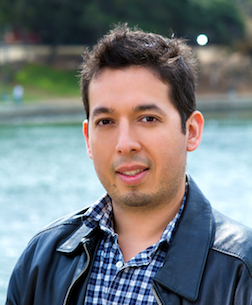