By many accounts, Joseph Estrada had a lackluster record of helping the poor in the Philippines. The former president was ousted in 2001 and later convicted of plunder for stealing $80 million from the government. Nevertheless, the urban poor in Manila have continued to support the former film actor, who ran for president in 2010 after being pardoned.

In an attempt to better understand the source of voters’ loyalty to Estrada, Marco Garrido, assistant professor in the Department of Sociology, conducted an ethnographic analysis of political beliefs in the Philippines. The study suggests new avenues that may be applicable to the study of populist politics worldwide, including the election of Donald Trump.

“Many political science and historical approaches look at either structural or macro conditions, or at the political leader’s repertoire,” said Garrido, whose research appeared in the November 2017 issue of the American Journal of Sociology. “Taking the perspective of the poor into account allows a better understanding of why populist appeals work in the first place.”

Garrido’s research draws on fieldwork he conducted with supporters of Estrada during the 2010 election. Speaking with poor residents around Manila and traveling with Estrada’s campaign, Garrido documented the candidate’s encounters with the poor and their interactions with each other. He identified several key principles that help explain how communities establish and maintain perceptions about the political figures they support.

“A bottom-up approach enabled me to shift the focus from leaders to the relationship between leaders and supporters, from tactics to performance, and from individual to collective dynamics of political belief,” Garrido wrote in the study.

Garrido said that existing approaches to studying populism weren’t able to get at what contributes to the popularity of one candidate over another. Previous research had taken a top-down view of politics that emphasized the skill of political leaders and the work of organizations, Garrido said, and painted a picture of the poor as politically shallow and susceptible to manipulation.

Other candidates in 2010 made strong overtures to more impoverished areas of the country as well, but poorer voters saw their efforts as inconsistent and insincere. While Estrada’s campaign oratory was unremarkable, he was more approachable than his opponents and his encounters with the poor were viewed as genuine.

Gathering stories that reflected supporters’ admiration and their belief in Estrada’s sincerity, Garrido said that many experienced a kind of religious reverence for the politician. In one transcribed exchange, two supporters recall their awe at seeing Estrada simply eat food with his fingers like they did.

Garrido suggested that by overcoming the stigma of poverty in his interactions with poor voters, Estrada effectively also overcame their wariness of politicians. “Estrada’s ‘acts of consideration’ are not remarkable in themselves,” Garrido said. “This is how people should treat other people. But they are remarkable in a context when people are not being treated this way on a regular basis. These acts forge a kind of bond that you can almost describe in terms of love.”

Garrido’s broader research examines the effect of spatial inequality on social division and political subjectivity in metro Manila, where the urban poor and middle class live side0by-side in distinct spaces divided by physical and symbolic boundaries. The title of his book in progress, The Patchwork City, refers to the fragmentation of Manila into a “patchwork” of classed spaces, particularly slums and upper and middle-class enclaves. Garrido argues that the proliferation of slums and enclaves and their subsequent proximity have intensified class relations and heightened class consciousness in the city.

Identifying the geographic and social mechanisms that reinforce these class divisions has helped Garrido explain the durability of Estrada's support among the urban poor. He said he found that the poor’s interactions with Estrada leading up to the 2010 election were less important than their interaction with each other in the slum areas.

“When the urban poor talk about Estrada, being similarly predisposed, they tend to corroborate one another’s accounts,” Garrido wrote in his research. “Social corroboration invests belief with authority. Belief grows beyond individual and household opinion and takes on the proportion of a collective representation, that is, it becomes a social fact.”

Garrido believes his focus on perceptions of sincerity can be applied to other contexts as well. “The conditions that make sincerity salient as a political logic are hardly limited to Manila," Garrido said.

Noting that questions of populism and political belief have acquired prominence and even urgency in the age of Donald Trump, Garrido said his study speaks to political sociology in the current political moment. Although populism in the Philippines is different from populism in the U.S., he said, “the case of Estrada forces us to expand our political imagination. It helps us understand things that are happening now in the U.S. that have previously happened in other places in the world.”

“I was studying Estrada before Trump was even on the horizon,” Garrido said. “Now there’s an interest in his case among American audiences because they can see the connection. But the connection was always there.” 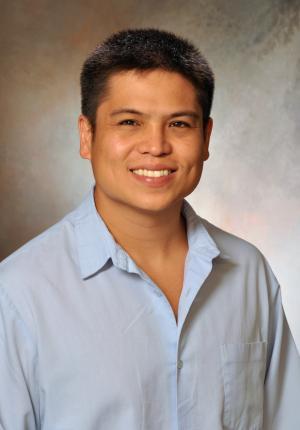