A New View of Redistricting in Chicago 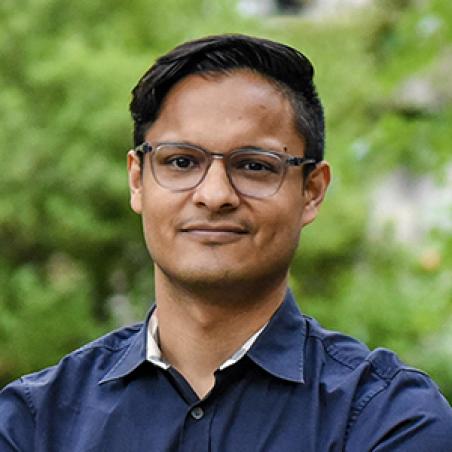 Redistricting can be a powerful tool wielded by legislators and lobbyists to Influence the balance of power in local government. When census data is released every decade, local governments are required by law to redraw district boundaries to reflect population shifts. However, redistricting is often used as a gerrymandering tool to protect a candidate or party in one community, while leaving others with little power.

“When a community is split into five or six districts, this makes it harder for these communities to advocate for resources,” says Robert Vargas, Associate Professor in the Department of Sociology and Director of the Violence, Law, and Politics Lab at UChicago. “They have to lobby five or six elected officials to get something done.”

Vargas has spent much of his career studying the impact of ward redistricting in large cities, including Chicago, and how these efforts directly contribute to block-level violence in certain neighborhoods. He recently adapted these insights for a website, Chicago Redistricting Atlas, to visually represent the history of restricting in Chicago and to inform the 2021 redraw of wards in the city.

“The goal of the site is to inform the public about the communities most and least harmed by redistricting through Chicago’s entire history,” says Vargas.

Many stakeholders assume the 2020 census data is the primary resource used to redraw ward boundaries. However, his research shows that ward boundaries in Chicago are largely influenced by both political motives and the city’s history of urbanization.

“A handful of communities have managed to remain in the same district for over one hundred years, and many of these communities were once their own municipality annexed by the city of Chicago. Meanwhile, Chicago’s predominantly Black and Latino communities have been routinely carved up and fragmented,” he says.

The motives behind recent ward remaps can be difficult to uncover, which makes it challenging to raise awareness and fully understand the impact of redistricting on neighborhoods. Vargas hopes the site will make redistricting in Chicago more accessible and provide a tool for users to see how their particular community has been affected.

The site is one of several projects to come out of Vargas’ Violence, Law and Politics lab, where teams of undergraduate and graduate students are using data to trace and visualize redistricting and its connection to neighborhood inequality. One of the teams created the web-based neighborhood maps featured on the site using ArcGIS online, which they embedded onto web pages. Each map shows change in the city’s ward boundaries overlaid on the city’s neighborhood boundaries. The result are visualizations revealing the communities that have been the most and least fragmented by redistricting. 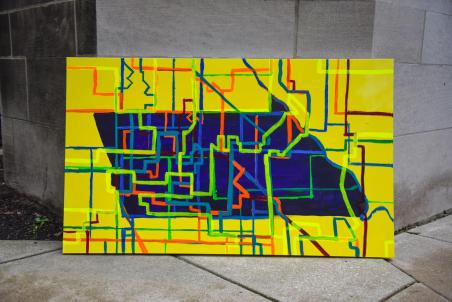 A map of ward boundaries over Logan Square, rendered as a painting on canvas

He built this site thanks to the support of an anonymous donor, and with the help of several UChicago undergraduates, including Brian Fenaughty who did the bulk of the web design work.

“Users can click on or off all of the different data points for each community and ward boundary dating back to 1923,” he says. They can also zoom-in to a particular community to see how redistricting has historically affected that neighborhood.

The tools section includes a map of Chicago, highlighting neighborhoods that have been historically fragmented by redistricting, including Chicago Lawn, Brighton Park, Little Village, and Garfield Park.

Once the 2020 census data is released, Vargas’ team will add tools that allow users to draw their own maps using the latest data. They also plan to add new visualization features highlighting how redistricting has affected neighborhood inequality for outcomes such as crime, taxes, street cleaning, and parking tickets. “Anyone interested in having greater input on the upcoming redrawing of the city’s ward boundaries will find this site useful.”

Historically, the redrawing of ward boundaries has occurred behind closed doors, with private companies doing the bulk of mapping and analysis. He hopes the site will motivate more Chicagoans to advocate for greater citizen and community input for the upcoming 2021 remap. “This site attempts to democratize access to the data and provide citizens and communities -- especially those that have been historically excluded -- with tools to better advocate for themselves in the upcoming redistricting process.”