An indirect approach to directing assistance

Researchers found a major gap in the rate of mothers who have experienced infant deaths across the globe, and their study points to a new global health metric

And in as many as 16 countries — all in sub-Saharan Africa and the Middle East — more than 200 per 1,000 mothers have lost an infant, according to a new study published in BMJ Global Health. 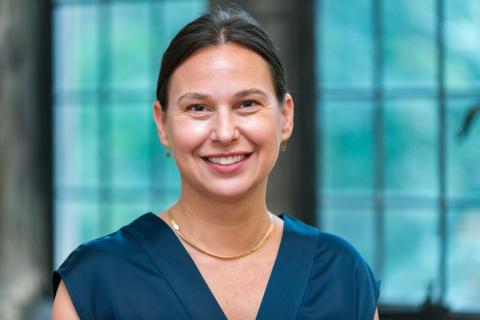 Researchers including Jenny Trinitapoli, an associate professor in the Department of Sociology at the University of Chicago, discovered the troubling discrepancy using a novel indirect approach, which combines formal kinship models and life-table methods. This research approach creates the potential to respond to a crisis sooner than later.

“What that means is that you don't have to wait to field a major survey, which might take two and a half years to plan, field and then release data,” Trinitapoli says. “The direct estimate is recommended, but you can move forward with some tentative knowledge using indirect estimates when the data that you wish you had aren't available yet.”

The quest to discover such discrepancies began with Trinitapoli’s research in Malawi. The country has seen massive improvements in child mortality, but her formal and anecdotal data-gathering suggested large proportions of women had experienced the death of a child. “I was thinking, how do we map these major gains that have been made in the global health community onto women's lives? Because they experienced those higher rates of child mortality themselves,” Trinitapoli says. Births and mortality rates are tracked annually, but they don't incorporate women's experiences — which accumulate over their reproductive lives.

The researchers initially used publicly available survey data from 2010 to 2018 to calculate the proportion of mothers in 89 countries who have ever lost a child. The team then expanded its view, combining survey-based data with an indirect estimate approach for countries lacking recent, nationally representative survey data. The novel approach, long used by study co-authors Diego Alburez-Gutierrez and Emilio Zagheni of the Max Planck Institute for Demographic Research, generated estimates for 81 additional countries. The result was a comprehensive look at bereavement worldwide.

The study authors expected large inequalities, but Trinitapoli says what they found was “astonishing.” For one example, she points to Afghanistan, the country with one of the highest rates of mothers who have experienced the death of a child. At a rate of more than 500 out of 1,000 mothers, more women in the country have experienced such a loss than have not.

“For the first time, we can really compare and contrast the experiences that women endure as mothers and can offer an estimate of the likelihood that an average mother in each country will have experienced this sort of nightmarish reality of a child's death,” says coauthor Emily Smith-Greenaway, an associate professor of sociology and spatial sciences at the University of Southern California, Los Angeles. “The findings still startle me. That mothers in some African countries are more than 60 to 100 times more likely to have experienced a child die than mothers in select European or Asian countries really speaks to the gross inequalities that define our global community.”

The researchers hope their findings will have both practical and scientific impacts. For starters, Trinitapoli underscored the need to include child survival in research data not just in terms of birth rates, but also from the perspective of women — she wants these measures to get tracked over time, updated, and considered as an element of population health.

Much of what is currently understood about the consequences of a child’s death on parents comes from developed nations: There are measurable negative consequences such as increased stress and a higher likelihood of intimate partner violence and divorce. Smith-Greenaway says the research suggests how much families, couples, and individual parents may even anticipate a loss — and perhaps the effects — because of how common high child mortality rates are in some countries.

“The global health community tends to be really forward-looking,” Trinitapoli says. “We're setting goals and trying to reduce HIV prevalence; we're setting goals to reduce child mortality, reduce diabetes, increase food security. It's important for us to also understand that people have memories that our measures don't have, and that it would be a good idea to try to develop systematic programs to support bereaved parents, much as we would for children who have lost a parent.”

While the novel research methods allowed the team to make inferences earlier than gathering survey data would have otherwise allowed, their findings may help them tackle the effects of past and future maternal bereavement. “Bereaved parents have never been identified by the global health community as a priority group,” Trinitapoli says. “But parents and siblings suffer from child mortality and may need support, regardless of whether the death happened recently or years ago.”